The Windows 10 Start menu lacks at least one key feature compared to Windows 7: the ability to organize it. Here’s how. 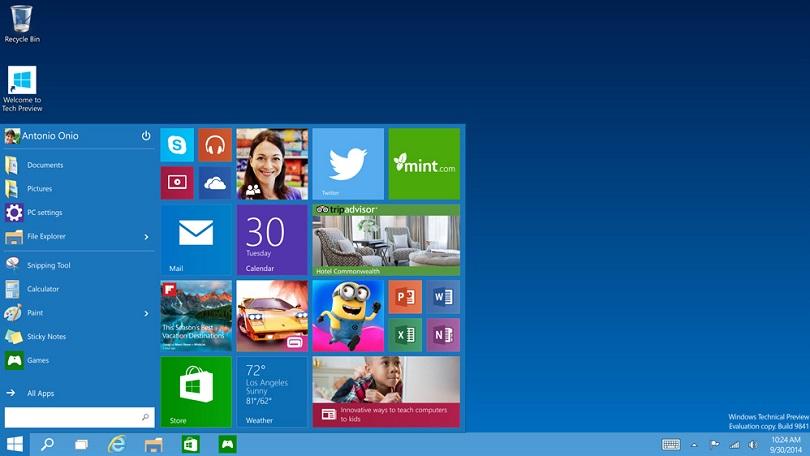 Not completely happy with the Start menu in Windows 10? It’s well-designed and offers a host of useful features. You can: view the traditional vertical menu and a tiled menu side by side; access your most used and recently added apps; choose which folders appear; and switch between the standard Start menu and the fully tiled Start screen. But it’s missing one key feature—the ability to organize it.

With the Windows 7 Start menu, you can create, delete, and rename folders and shortcuts. You can move shortcuts from one folder to another. In short, you can customize the Start menu so that accessing your favorite programs is quick and easy.

Windows 10, however, is more limited. Yes, you have the tiled menu in which you can organize individual tiles into groups. But the tile menu can take up a lot of room, so trekking to your favorite apps can be slow. And the Apps list simply displays all your installed programs alphabetically. There’s no way to customize or organize the Apps list the way you can the Windows 7 Start menu.

Classic Shell
The free Classic Shell utility became a hit as a Start menu for Windows 8 and carries on with Windows 10. Click on the Classic Shell Start button, and you’ll have a choice of displaying the menu in a single column, dual columns, or in the classic Windows 7 style. 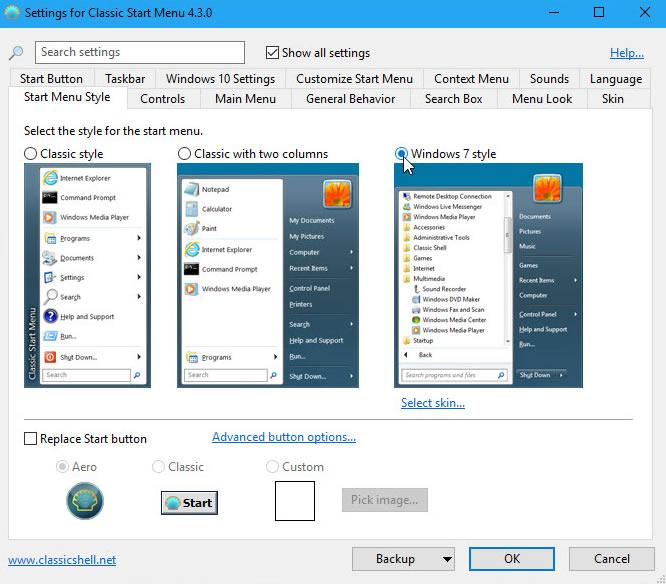 The dual columns display your favorite apps or all programs on the left and various Windows locations and settings on the right. 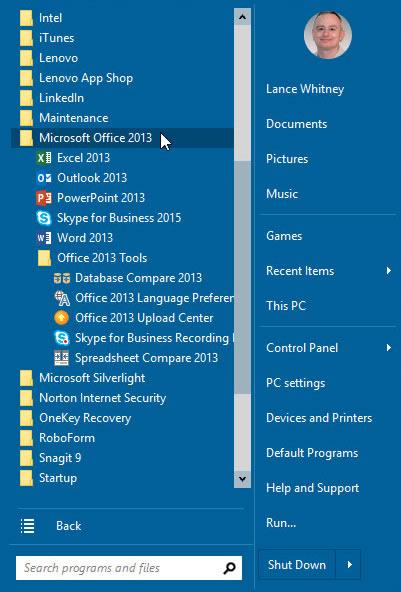 You can change the look and feel of the menu by applying different skins. Right-click on the Start button and click on Settings, and you’ll find a potpourri of other options. 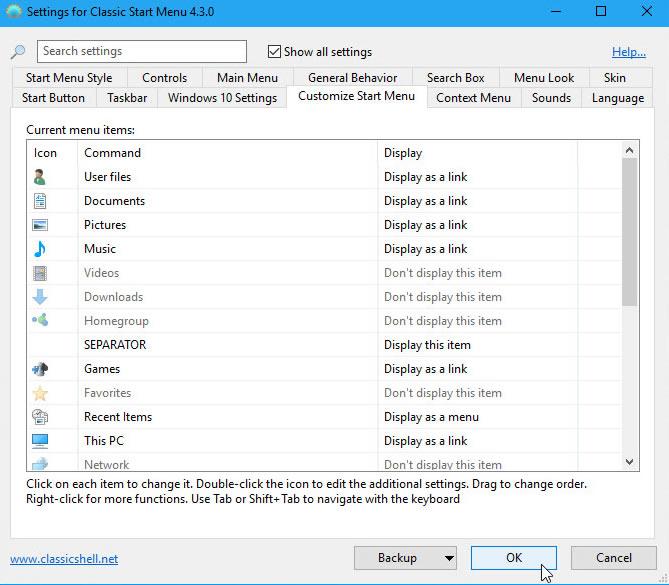 Perhaps best of all, you can organize the Classic Shell Start menu. Right-click on the Start button and then click on Open or Open All Users. That move launches a File Explorer window pointing to the folders that make up the Start menu. From there, you can create, delete, and rename folders and shortcuts. So for example, you could create a folder named Web Browsers and move the shortcuts to all your browsers into that one folder. 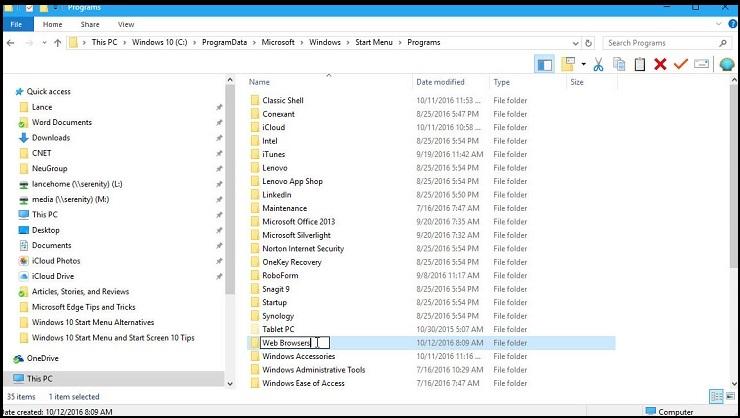 The Apps lists remains a fixture, so you can still view all your installed programs alphabetically. And you can easily revert back to the Windows 10 Start menu with a single click or tap.

Start 10
Another fully functional Start menu alternative, Start10 is similar in many ways to Classic Shell. You can choose from among three looks—a Windows 7 style with two traditional columns; a “modern” style with a more sleek, transparent appearance; and a Windows 10 style with the tiled pane on the right. 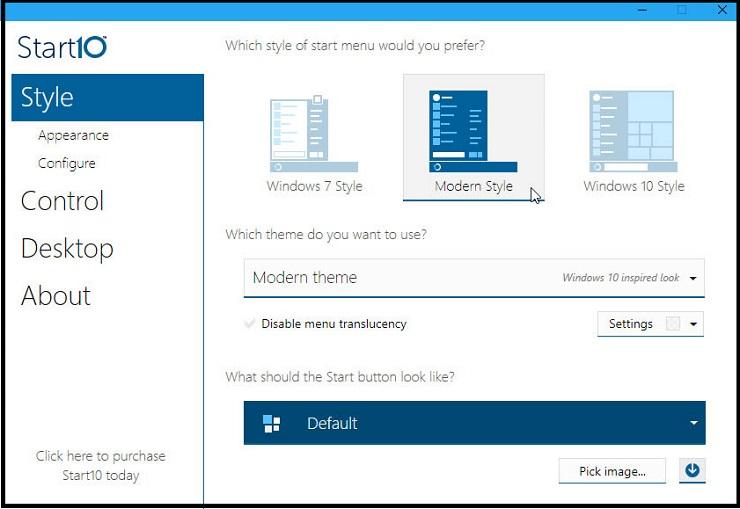 The familiar two-column and modern styles display your folders and shortcuts on the left pane and certain Windows 10 sections—such as your Documents folder, Pictures, Music, and Control Panel—on the right. 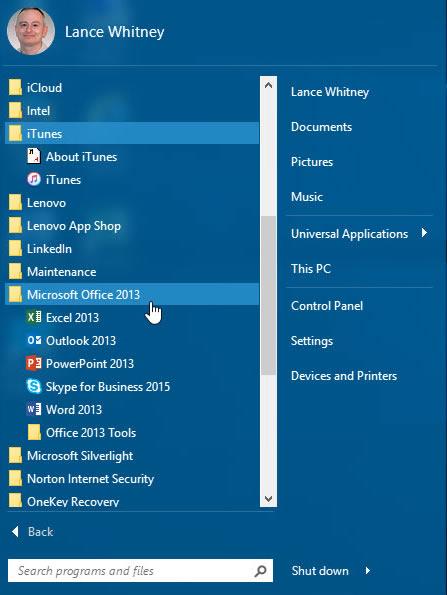 Right-click on the Start10 Start button, click on the command to “Configure Start 10,” and you’ll see the Settings screen where you can tweak several elements of the program, including its appearance, the look of the Start button, and even the texture of the taskbar. 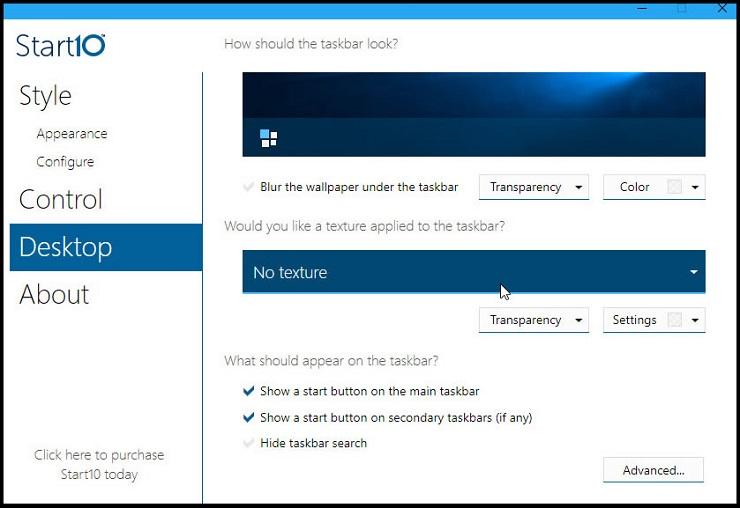 You can check out Start10 for free on a 30-day trial basis or pony up $4.99 to buy the product outright.